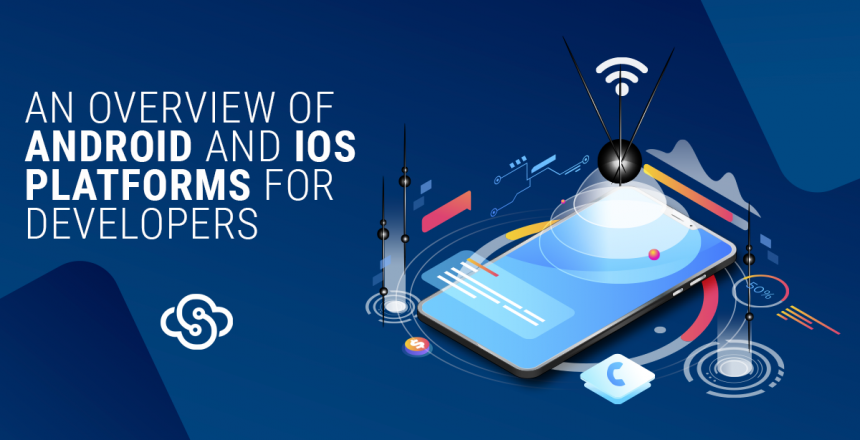 An Overview of Android and iOS Platforms for Developers

The endless tug of war between Android and iOS platforms has been going on since before smartphones were conceptualized.  Each camp is filled with passionate users that app developers long to turn into customers.  If you’re not sure where your app should land but are ready to get your great idea out into the hands of the public – it may seem hard to pick which user interface is the right one.

About the author: Grace Frenson is a freelance writer from Philadelphia. She recently graduated from Drexel University with a Bachelor’s Degree in Business Administration and Web Development. While studying for her degree, she interned under a notable web development consultant in King of Prussia, PA.

The Good, the Bad and the Beautiful of iOs Platforms for Developers

Apple devices have a sordid past with applications.  Apple is great at pulling off the aesthetic of artistry and creativity. Unfortunately, it’s very dictatorial about which mobile apps are allowed in its store.  Take some time before you begin developing your mobile app for iOS and make sure that you comply with Apple’s guidelines.

It’s not all censorship and worries about deletion, though!  Data shows that over 51% of American households use Apple products. It may be the smarter choice for your business if your audience predominantly uses iOS.

Several studies have shown that Apple is the better choice for making money in the long run.  Although Android devices are the most popular in the world and give you more flexibility, mobile app developers who use iOS user interface receive a more reliable income and can predictably know how much they’ll make off the app.

Apple customers are older and skew more towards a college education, but don’t let this hold you back from wanting to woo them!  They’re far more eager to spend their money on your mobile app.

Android Platforms – Customization is the Right of All Consumers

There are endless reasons why anyone might want to develop a custom mobile apps.  Although most people do it for profit, you may have found something uniquely useful where everyone could benefit.  If you find rules and regulations too confining and want to think outside of the Apple skin, Android’s user interface may be the one you want to keep in mind when building your app.

Despite the lower number of purchases than Apple, Android apps receive far more downloads, views, and users than Apple could try to replicate.  This may be excellent news if you’re trying to make an app that will help people or educate or inform.  Although it’s also fantastic for games, putting in that amount of money makes most people want to turn a profit.

Read more: How To Send Emails In Django

Android devices are less expensive, and outside Western countries, they’re the number one operating system used in the world.  If you take the time to build a good relationship with the customers who download your app, you could eventually make a good profit off of it, but there are drawbacks.

The Google Play Store has over 3 million apps.

This number is double what the Apple App Store has, which means there’s twice the competition.  Even though there are more downloads daily on the Google Play Store, you’re competing to get customers who are less likely to purchase from the get-go.

Is There A Winner?

The short answer is yes, but the long answer is complicated.  Both of these user interfaces have their pros and cons.  Apple is great for making money and getting your brand out there. However, it’s terrible for letting users have creative freedom.  Despite being more customizable, and getting more eyes on it than Apple, Android is less lucrative and can leave fantastic apps hemorrhaging money.

Whichever wins depends strongly on what you want out of your application.  If you’re going to make a killing and become a techie billionaire, Apple may be the way to go- but if you want to explore what an app can be, and what you can bring to the table, Android is for you.

There’s a market for both as long as you can advertise yourself well, but you can’t have it all if you pick one or the other.

Read more: How To Make Your Own Online Game With Node.Js

Use both.  Building your mobile application so that it works on both Android and iOS devices means that you don’t have to choose.  There are fallbacks with this option, of course, since you have to invest time and money into creating two different mobile apps that will work the same. But it’s worth it in the long run.  Instead of having to choose a target audience, you can have the whole world as potential customers.

The most important part of making a mobile application is how your users will interact with it.  Use the strengths of whatever interface you choose to flaunt your app’s abilities. Then, help users see the value of what you offer.  It doesn’t matter if it’s a shopping app, or an interactive in-depth gaming app. Make decisions that you know will make your business stand out while leading the way in creativity and usefulness.  An app is a considerable investment that nobody wants to lose out on. Play both sides of the field, and make sure to get back your full investment and more!