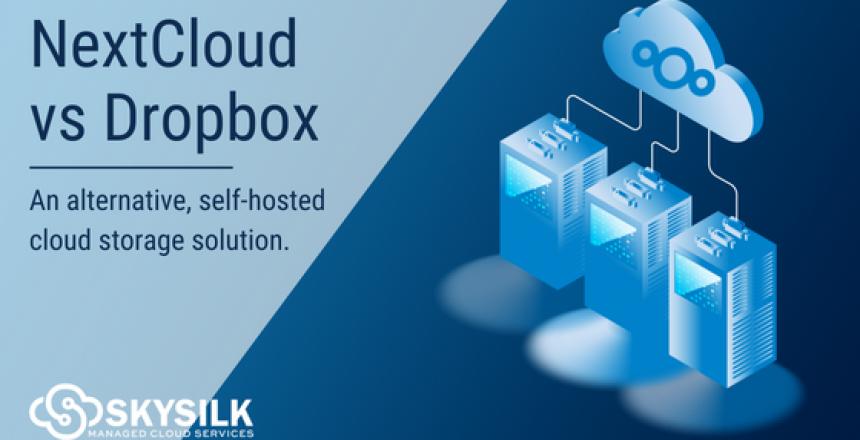 The Best Dropbox Alternative | Self Hosted Cloud Storage with NextCloud

Looking for a Dropbox alternative? Cloud storage isn’t a hard service to come by in recent times. However, some of these platforms come with unseen limitations. For instance, your data is never truly “private” when storing it with a larger platform. Given that companies like Google are rumored to have the authority to access its user’s data, this can raise red flags for many. Albeit when it comes to privacy, it’s not a subject that should be overlooked. The purpose of self-hosted cloud storage is not to prove its superiority, but rather provide a competitive alternative to Dropbox and Google Drive. And within this open source cloud storage solution, a way for users to have more control over their hosted data.

Introduced by previous developers of ownCloud, NextCloud remains to be one of the, if not the most popular open source cloud storage software. Being open source, anyone can install NextCloud for free. The only service the user will pay for (and at a very small amount at that) is the private server in which they host it on. Now it’s apparent what some may already be thinking – “Google Drive is free to use as well”. This is true, yet both Dropbox and Google Drive still have data limits or are not entirely “private”. This is the advantage of NextCloud being a self-hosted cloud storage platform. Here are some comparisons:

NextCloud vs. Dropbox vs. Google Drive 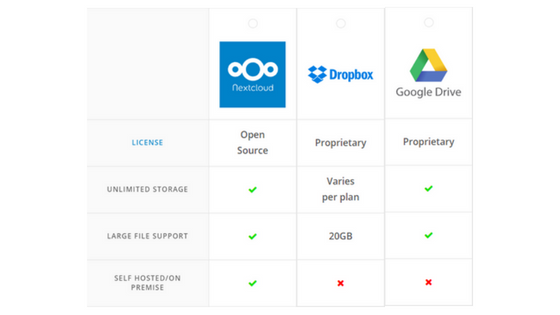 A major component that makes NextCloud a viable Dropbox alternative is large file support. For those using cloud storage for personal files, LFS may not be deemed a very important issue. Although for teams and businesses, particularly those who work with large multimedia files, having large file support is crucial. Having the ability to sync and transfer large files with no limitations to any other team member is invaluable.

A Self Hosted Cloud Storage Solution

Upon first glance, NextCloud makes its open source license visible to users. An open source license states that the source code of the application can be used, modified and/or redistributed which depends upon the terms and conditions. To some, this may be irrelevant, yet to others a huge sigh of relief. Perhaps one of the biggest draws to using NextCloud is having the flexibility of private hosting. Because of this, not only do you gain full control over your data but it also becomes more secure in doing so. Additionally, NextCloud allows read/write permissions between users on a server, and will automatically encrypt all files that are synced. If you’re ready to deploy a NextCloud server, simply follow the link below. Otherwise, continue reading for more information on the main features and user interface.

What’s great about those looking for an alternative to Dropbox and Google Drive is that NextCloud offers a refreshingly similar UI. Not only is it incredibly easy to navigate, but at first glance will prove to be familiar to anyone who’s used cloud storage platforms because of this. Furthermore, here is a glimpse of a fresh NextCloud account looks like on a private server:

Furthermore, on initial entry the server portal will greet you with this message to download the desktop/mobile app:

NextCloud also offers a file sync client, thus allowing users to sync folders on their local machine with their server. This works seamlessly to automatically update files within a particular folder. While this may not be ideal in certain situations (for instance, detailed version control or accidental syncs), it still remains a feature that will provide benefit to a majority.

Perhaps the most powerful feature which NextCloud delivers lives within its own community. Being an open source application gives others access to the source code. With this access comes the ability to manipulate and create derivative applications for others to use. As shown in the image below, NextCloud offers apps in categories that range from games, monitoring, organization, security, and more. These apps can provide both productivities, but also the ability to customize your environment in a fun manner. For example, you can integrate “Unsplash” to randomly select a new background every day when you log in to your NextCloud server. 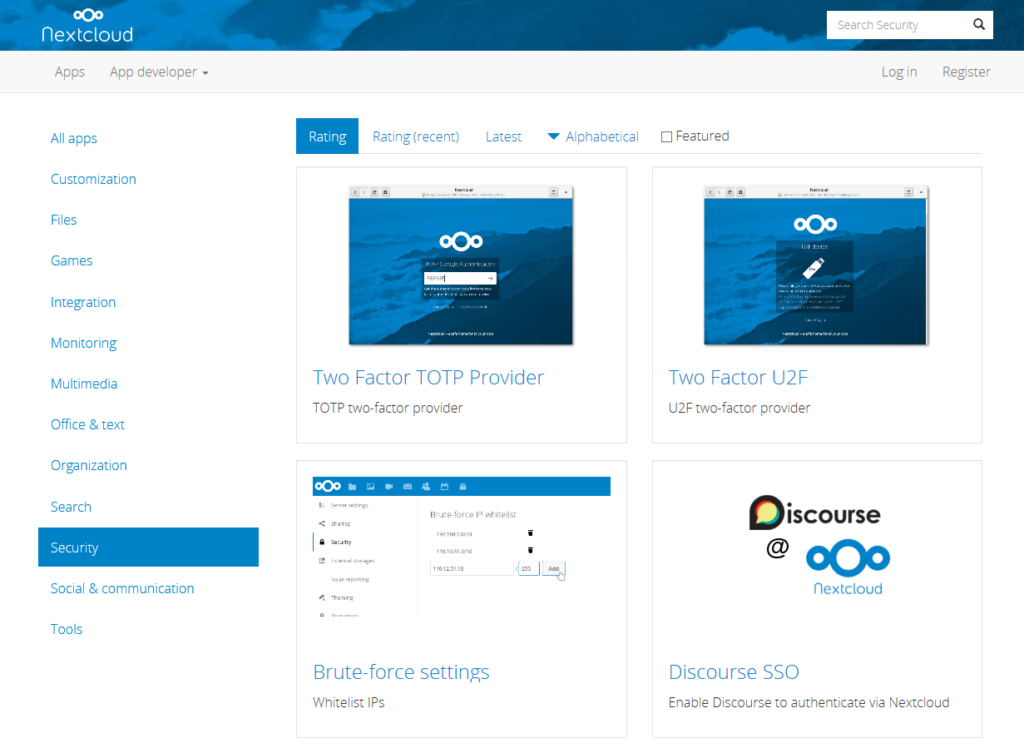 To explore the full library of applications, visit this link.

In addition, these apps are lightweight and incredibly easy to integrate with your NextCloud server in just a few clicks. Being open source, the community will always continue to deliver more features and provide long-term support for the most popular applications to keep your environment running in an ideal state.

Hosting NextCloud: Setting up a Server

Deploying a private server in which to host NextCloud isn’t nearly as difficult as it sounds. Because of Linux Turnkey, NextCloud has a template which automatically installs the software and all of the necessary security updates onto a VPS (Virtual Private Server). 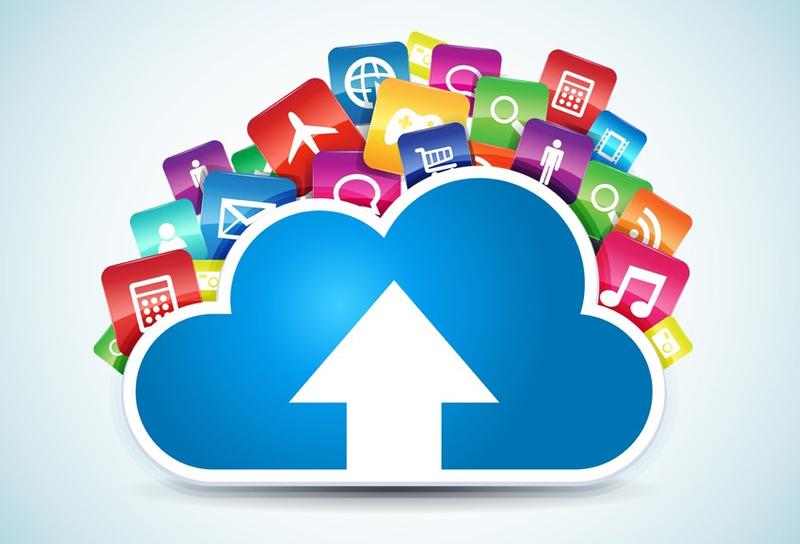 How to get a NextCloud Turnkey Installation

Get a NextCloud Turnkey Template

NextCloud: A Viable Alternative to Dropbox and Google Drive?

As a Dropbox alternative, NextCloud certainly steps up to the plate as a contender. It’s easy to compare NextCloud vs Dropbox because they are functionally similar and the UI is very similar.

Where NextCloud mainly differs is in being an open source cloud storage solution. Using the cloud to store and share files is perhaps the earliest use case of cloud computing (looking at your email), and therefore doesn’t need a long list of exciting features to work properly. Following that principle, NextCloud does a wonderful job at making itself out to be a truly apparent alternative to Dropbox and Google Drive.

How to set up a Node.js Server