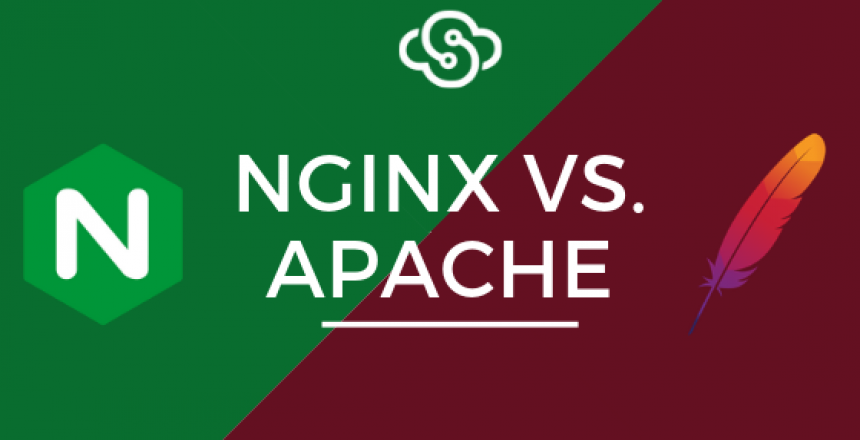 Apache and NGINX are the two most popular open source web servers of all time. In fact, the search query Apache vs NGINX results in over 10,000 searches a month. This is likely from developers or just the curious type finding which technologies will best suit their projects. Although, before you choose NGINX as an Apache alternative (or vice versa, Apache as an NGINX alternative), it’s important to understand how the two web servers work together.

But First, What is a Web Server?

Its likely that even the most seasoned veteran can be looking for advice on choosing the best open source web server for their applications. Put simply, a web server acts as the “main control” to how clients access files on a server. On a static website, “GET” requests pull data from a specified source.

For example, when you land on a page full of cat photos, the server will deliver the content, which you, the client, asks for. There is also another type of web server, a dynamic web server. The main difference here is that dynamic content is consistently changing and/or updating. An example, in this case, would include new posts to a Pinterest page you follow where as you scroll down, the content loads dynamically.

Deploy your own LAMP Stack

Apache was first introduced in 1999 and quickly became the predominant architecture which was adopted throughout the early days of the internet. Apache originally ran on the “One-Connection-Per-Process” model. This is designed where each process handles one connection at a time, and if all processes were busy, Apache would create additional ones. However, in more recent times, this architecture was criticized in its ability to handle the increasing demand for website speed and performance when handling a large number of requests at any given time.

One of the first solutions to this issue of scaling was to limit the number of processes. Although, the issue with this solution is that if the number of connections rise above the set limit, those connections will stall. Apache’s team eventually implemented a Multi-Processing-Modules architecture (or MPM for short). This architecture implements child processes, which are also known as “worker threads”. These threads handle multiple processes and are assigned to each connection. However, each thread still limits itself to one connection, which in turn, eventually prompts the creation of NGINX.

NGINX – Created As a Solution to the Shortcomings of Apache

Given that NGINX adopts an event-driven architecture, each worker thread can handle thousands of connections at a time. This makes NGINX asynchronous in nature. At first glance, this may render NGINX to be the best open source web server. Although, with a deeper understanding, most people came to use NGINX alongside Apache.

One overlying difference of NGINX is that it can be deployed as both a standalone web server or as a proxy server. Because of this, NGINX and Apache can work together, rather than NGINX being strictly an Apache alternative. When used in the same backend architecture, NGINX serves as an “offload device”. This method will best serve static content, caching, and negate slow HTTP connections.

Remember, Apache implemented the MPM architecture, however, each process could still only handle one connection at a time. Rather than creating a new process for each request, NGINX configures the worker processes based on how many the main process needs. This makes NGINX an incredibly lightweight, and high-performance proxy for use with an Apache web server. 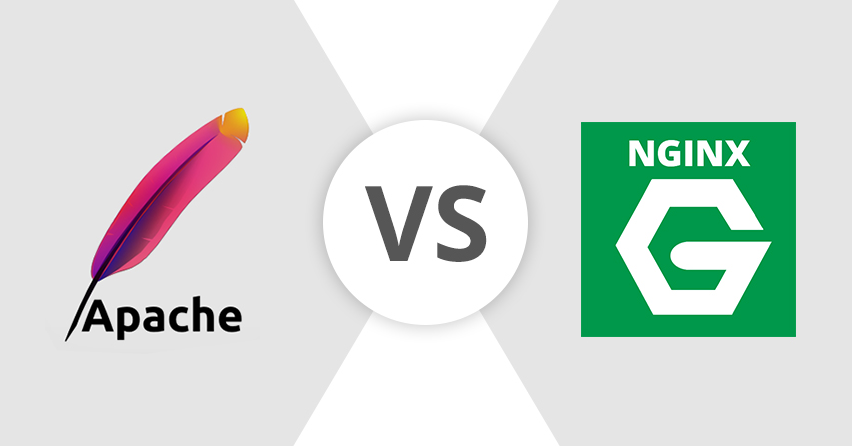 NGINX and Apache commonly work together to serve one purpose in a more efficient way. That is, serving web content to the end user. Neither web server is truly an alternative to its counterpart, but rather one improves certain functionalities of its predecessor. NGINX has risen in popularity alongside the adoption of applications using a microservices approach. Microservices, for those that are unfamiliar, is a development method which structures an application around multiple, connected services. Due to its ability to scale, NGINX made its way into the mainstream at a fast rate.

What are Some More Key Differences between that Separate Apache?

One of the main differences in Apache vs NGINX is that Apache offers pre-built support for programming languages like Python, Perl, and Ruby. In which case, if your website is primarily written using Python or Ruby, Apache may serve as your best choice. NGINX supports PHP by default, so either is applicable to this language.  Another key difference is that Apache allows .htaccess whereas NGINX does not.

Apache vs NGINX – What’s the Best Open Source Web Server for Me?

When it comes to serving static content and speeding up connections, there’s no doubt that NGINX reigns supreme. Although, when it comes to dynamically loaded content, the difference seems to be slim to none. Given all the information, is there truly one that could be considered the best open source web server?

Taking all of this into account there is no clear “winner” between the two. Rather it’s better to discern which software best suits a particular application. Which, in most cases is why most use the two web servers together rather than Apache being an NGINX alternative or NGINX being an Apache alternative. Also, considering, NGINX is used with third-party software, namely Node.js. With that said, planning your architecture ahead of time is invaluable. That will ultimately allow you to choose the software that will serve your content in the most efficient manner.